The German town of Hockenheim has become synonymous with motor racing thanks to its famous circuit, which has transformed from a high-speed blast through the forests to a thoroughly modern autodrome. The Hockenheimring in Baden – Wuerttemberg was known for its long straights into the forest, but despite its redesign in 2002, it still offers a lot of pure driving pleasure. The rounded straight, called Parabolika, ends in a tight hairpin-bend, before turning back to the famous Sachs-Turn. 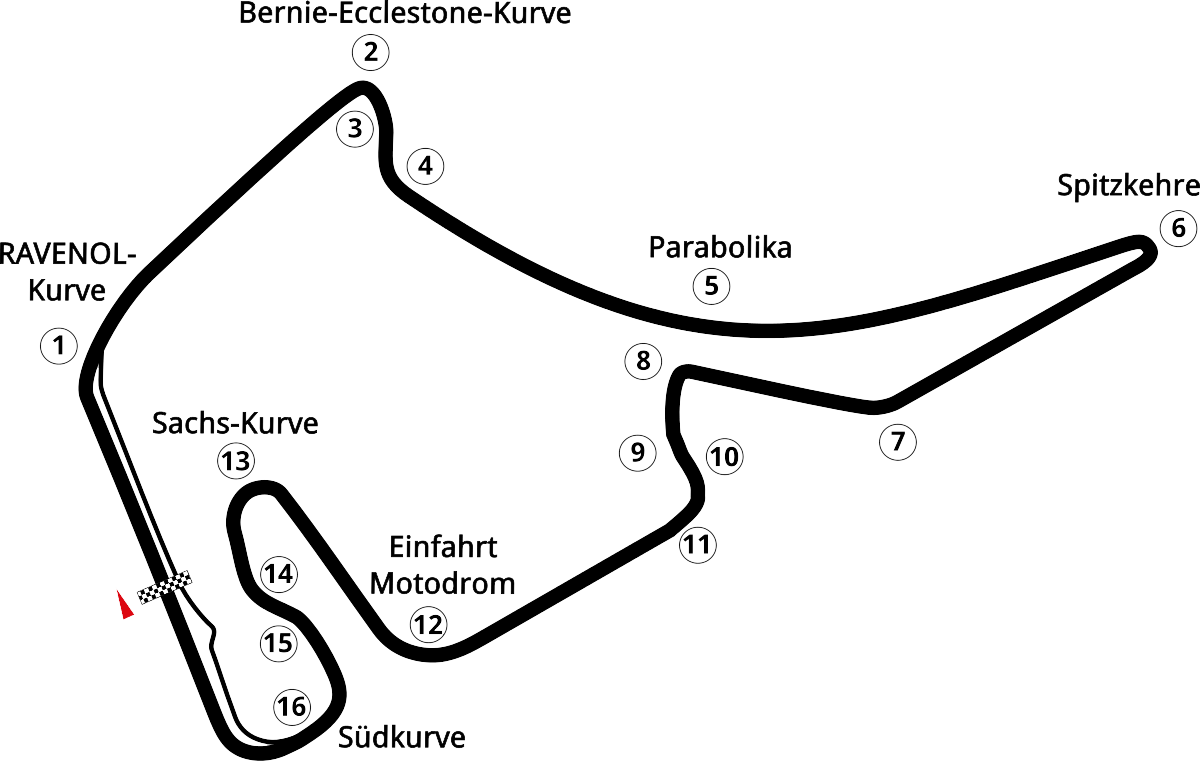 In the paddock of the Hockenheimring there is a gas station. There you can pay with standard credit and debit cards. There is also a compressor here. The proximate gas station outside the line is the HEM gas station on Heinrich-von-Kleist-Straße in Hockenheim, less than 3 kilometers from the access road.

The paddock of the Hockenheimring offers plenty of parking space for all participants and visitors. Please note that the area directly in front of the pits is reserved for participants with a rented box, as space is limited here. Caravans, trailers and vehicles of visitors can be parked in the large area near the gas station.

Inside the paddock of the Hockenheimring there are barrier-free toilets and showers.

The Hotel Motodrom has a restaurant overlooking the racetrack. In Hockenheim there are many different places to eat well.

The closest ATM is located next to the Red Cross, inside the circuit complex. An ATM can be found in the town of Hockenheim. The address is: Obere Hauptstraße 16, 68766 Hockenheim